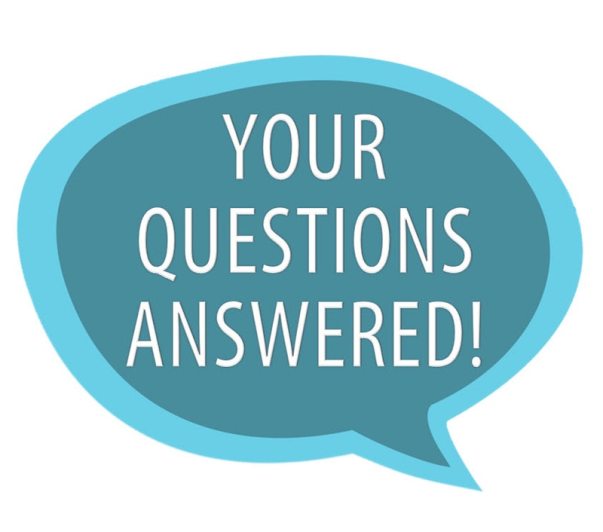 Below are two e-mails I received from a reader of Absolutely Yours who lives in the United Kingdom. Let’s call him Ahmed.

I understand that I haven’t yet experienced illumination, but how come, then, I can demonstrate many things?

For example: Last Friday I needed to get to a gathering and I was running late, I placed my attention on Omnipresence and out of the blue, a friend, who I thought was already at the meeting place, offered to give me a lift (he changed his itinerary).

Also, I was at a supermarket. I needed mackerel. There was none there. I went back to the car and then asked my wife: isn’t God the only Presence? I immediately went back in the supermarket and asked a lady who worked there and she pointed me to the item in the very place I had looked but a moment before.

I feel I have to share this with you. I am buzzing!

Wonderful things are happening to me in the form of demonstrations; especially with “Presence”. This word is doing wonders for me! Just half an hour or so ago I was stranded at a lay-by where there is no pavement for pedestrians. I needed to get home. I rang a couple of taxis but “you have to give us an exact address otherwise we can’t get to you”. I was panicking but then I was so relieved when I thought of “Presence”. Then I said: “I am not even gonna say anything. I just know that God is the only Presence. Can God be stranded?”. Two minutes later, a van dropped a workman right next to me and I asked him for a lift to my house. Without hesitation, he said: “Yeah ‘course jump in mate”.

I know it’s not extraordinary to give someone a lift but what caused that van to drop that chap right at my feet when I needed a lift the most?

I got home and opened my laptop to tell you about it. I am sooo happy.

I am now wondering what illumination is like. I am already buzzing! as we say in England.

GIST: I haven’t experienced Illumination, and I don’t Self-Question; yet wonderful things happen.

QUESTION: Why can I demonstrate these things without Illumination and Questioning?

An Often Ignored Aspect Of Illumination

I love when readers reach out with an email asking for clarification about something I’ve written. You too have probably thought, “This Allen guy keeps playing the same tune over and over – Self-Questioning and Illumination – but I’m experiencing so much good stuff without it.”

Spiritual Conviction does not try to change a situation from bad to better. It knows, no matter what the seeming, only God is present. Watch how this plays out in Ahmed’s experience.

In the first instance, those phantasms – time and space – teamed up to suggest that he was “running late.” Totally ignoring both impositions, Ahmed turned his attention to the FACT of timeless, spaceless Omnipresence. Because of his Spiritual Conviction, the action of turning his attention was automatic. The ride, collapsing both time and space, was incidental to his Spiritual Conviction.

In the second instance, the illusion of absence (mackerel) reared its illusory head. But did it derail Ahmed? No. He said to his wife, “Isn’t God Omnipresent?” Effortlessly, Spiritual Conviction kicked in, and Ahmed knew that God, the All, could not be absent from Itself. Therefore, there could be no absence in the universe. Again, the found mackerel was incidental to his Spiritual Conviction.

When Conviction Is Not Enough

Does Ahmed’s experience invalidate Self-Questioning and Illumination? You know better. Haven’t you, like many of us, had times when Spiritual Conviction was not enough? Usually this is the case with the body and money.

Despite your conviction of God’s Allness, the pain persisted, the swelling increased, the fever lingered, the tumor grew. The days turned to weeks, and the weeks turned to months, yet things didn’t get better.

This is the wonderful opportunity to appreciate what Self-Questioning has to offer. Just a simple question like, “What more do I need to know?” will do the trick, providing you listen for the answer . More on Self-Questioning can be found in the first chapter of my book God is All . Self-Questioning triggers greater Realization of God’s Allness. For example, in Ahmed’s first example, a greater Realization of Omnipresence would’ve taken time and space completely out of the picture. I mean being there without going there. It has happened for a few enlightened individuals.

About Illumination: I do stress visual Illumination, and here’s why. Visual Illumination is seeing this universe as it is. We say God is Spirit and God is All, and all the while we keep looking at a material world loaded with material objects. This is a dualism. An experience of Illumination, no matter how fleeting, obliterates this dualism by seeing the world as Spiritual Substance.

Imagine sitting on your living room sofa. In front of you is a marble coffee table. To your left is a grand piano. Chairs flank the sofa, and artwork hangs in gold frames on the walls. It’s a typical day. Suddenly, the room is flooded with light. All the furniture is there, but the wood, metal and marble are not. In their place is pure Light. This is Illumination. “God is Light.” What’s the benefit? You’ll never again be deceived by the appearance of a material universe. Nor will you consent to material restrictions.

Again, I stress Illumination (particularly visual) because only in Illumination is your seeing and your saying in one accord.

I’m Sure You Will Enjoy