How To Pray Effectively — A No Fail Approach

There are many books, ministers and lecturers that profess to have the key to effectual prayer, yet none has come forth with a “method” that has been universally satisfactory. None will. Prayer as a state of constant awareness of the Allness of God eternally present is every man’s natural state of awareness, clouded though it may with the mistaken sense of ignorance. Prayer, as a tool to come into this awareness, cannot be taught as a universal method. Each person must come into the Revelation of the Isness in his own way. The reason for this is far beyond the scope and purpose of this writing. However, it is necessary for each one to discover his own way.

The quickest route to this discovery is simply by asking Christ (your Self), “Lord (of my being) teach me to pray.” As always, what is more important here is not the asking but the sitting still and listening for the answer… Guard against the tendency to intellectualize or reason out the answers to your questions.

Want To Be A Better Practitioner — Results Guaranteed

Practitioners Are Not Healing And What To Do About It

Could the complainer be right? When I was just a puppy in Truth, I called Marie Watts for healing and before an hour passed I was “healed.” I remember calling Eileen Bowden for prayer help and immediately I sprang out of bed, dressed myself, and dashed off to a concert. The healing was instantaneous. There was no waiting days and weeks for a healing.

It seems that today’s Practitioners are better reference librarians than “healers.” Most of them can quote entire books of Joel Goldsmith, Mary Baker Eddy or Marie Watts, and most ask their callers to read related passages from some inspirational book. But, there is no healing.

If you are a Practitioner, or someone who would like to pray more effectively for so-called others, I offer a simple suggestion that is guaranteed to increase the effectiveness of your prayers.

Practitioner, if you seem to have a longstanding trouble(s), clear it up. Take a look at the list of dis-eases below:
• Financial
• Emotional
• Body
• Social (not sexual)
• Etc.

Rather than continue to endure the dis-ease, clear it up through spiritual discernment. Practitioner, don’t hide under the cloak of denial thinking, “After all, nobody knows that I am suffering from this, so I can just go on ignoring it.” Stop this insanity!

Reader, I guarantee that once you prayerfully address this thing that you have tolerated for all these years – once you get down to prayerful business discerning God’s allness more clearly (clear enough to completely realize the nothingness of your seeming dis-ease) – the effectiveness of your prayers will soar to astounding heights.

Did You Fall For This Lie?

Misguided Advice From A Practitioner

“Wesley,” I said, “why don’t you call a Practitioner to jump-start your career?” He did, and from there things went downhill, backwards on ice! I heard the frustration and confusion in his voice when he told me what the Practitioner said.

The Practitioner told Wesley that he should not be seeking more gigs, and more success. “After all,” said the practitioner. “God doesn’t know anything about pianos, theaters and money. You should instead be seeking to know God.”

Reader, are you scratching your head like I did? Did your mind immediately flash back to the healing miracles of Christ Jesus? Did you say to yourself, “Well Jesus never told the lepers they should be seeking to know God rather than seeking a healing?” And did you say to yourself, “Wait a just minute! Jesus never rebuked the miracle seekers for not seeking God instead?”

Many Practitioners erroneously believe that pianos, theaters and money don’t exist, and that God knows nothing of them. Lies and vicious propaganda! Rather than criticize and condemn, let’s take the axe to the thick root of this delusion.

True, God doesn’t know anything about money, pianos and theaters as they are humanly named. Yet, these forms do exist. To the Infinite I Am, the name of these forms is the One Name – I AM.

In the experience of visual illumination, you do see pianos, theaters and dollars. However, you see them as forms of Light – much like you see the rainbow as a form of light. These forms exist, but not as matter.

Are you thinking, reader, “Well what about all that seeking first the kingdom of God business? Jesus did say that, you know?” He did, and there’s no getting around it.

Reader, suppose the story went like this. Instead of calling a Practitioner, Wesley prayed with the sincere desire to know more of God. These same truths would’ve revealed themselves in and as his Consciousness.

However, since Wesley called a Practitioner, it was the Practitioner’s responsibility to tell Wesley the Truth, the whole Truth, and nothing but the Truth.

Now that the Top-Ten List is completed, I am sharing with you the two books that impacted me the most. As you read the titles, keep in mind I was still a (so-called) teenager when I read the first book.

Don’t go out and buy these books. I am just sharing my back-story with you. I have a hunch that you might get an itch to take a peek at them. Be warned: they are not easy reading. A friend once said he’d rather climb Mt. Everest with giant boulders strapped to his back than read High Mysticism.

You Are The Splendor (Top-Ten Books) 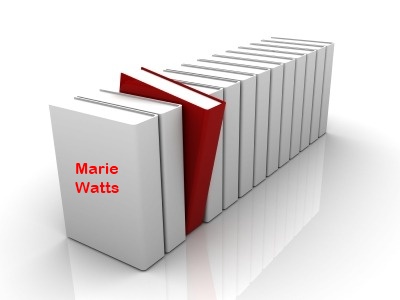 This is the last book on our must-reads list. Marie Watts pours her heart into You Are The Splendor. Below are some excerpts:

[ a poem]
I AM the only One, the All,
I AM the One ‘pon whom I call
when darkness doth appear,
or when I seem to fear
some presence, power, or blight
that could obscure the Light.
I AM the heaven and the earth;
I AM the Life that knows no birth,
no change, no age, no death.
I AM the One, the only MInd,
the One it seemed that I must find,
till I awoke to see
the I AM that is ME.

To recognize that the Christ Consciousness is your Consciousness means to accept the fact that you can see as Jesus saw; you can know as he knew; you can experience as he experienced; and you can be what he was, and is.

Pray Effectively For Others – DeWaters (Top-Ten)

Years ago, a woman named Laura ( a long-time “student” of Lillian DeWaters) sent me nearly a hundred personal letters from Lillian DeWaters plus a hardback book that nearly fit in the palm of my hand. The book was Who Am I? Short and sweet best describes the book. One chapter, however, stands out as an oak among orchids: There Is No Other. Below is most of that chapter.

For instance, if one believes that he sees someone in ignorance, sickness, sin or limitation, who then needs the help–the “other” or oneself? Oneself. So far as anyone is concerned with a problem, he need consider only his own Consciousness.

If there is but one Selfhood, perfect and complete, let one ask himself, Who then is sick? Who then is ignorant? Who then is sinful or in limitation? And what must the answer be? No one in God’s perfect Selfhood.

How, then, shall one proceed? First–Take all attention from the form or entity named John or Mary. Next–enter into communication with your Self. Ask your-Self questions and your-Self will answer them. For instance–Just what should I be seeing? The Answer will be–Is there anything or anyone to see but the Real and the True? Then you may say, But what about John or Mary? And the Self will answer– I Am all there is of John. I Am all there is of Mary. There is none but Me.

Ever, one’s concern is only with himself–that he function solely as the One, and no other.

For a long time, I thought that Three Essential Steps by Marie Watts was the only  must-read book. Order it from Mystics Of The World and you will see why. Below are excerpts from this book.

It isn’t enough to say that “God is the Universe,” unless you know the Nature of God, unless you know the Substance that is God, unless you know the Activity that is God–unless you know what God is, as the Substance, Form, and Activity that are all that comprise this Universe. To make these statements without really knowing their spiritual significance, is very much the same as saying, “God is All. God is my Supply, God is my Substance and my Life,” and then, “How am I going to pay the rent next month?” or “Well, I guess I’ll have to take an aspirin for this headache.” It really is pointless to make these statements of Truth, unless we go all the way and perceive the spiritual significance of the Power in the Truth we are stating.

You are the Substance that is the Universe. You are the Mind, the Intelligence, that is intelligently functioning as the Activity of this Universe…You are going to discover that you are more than one with the Universe, the stars, the planets, the galaxies. You really ARE JUST WHAT GOD IS, AND GOD IS THE UNIVERSE.

Indeed, there is Something right here where this matter body appears to be. But this Something is not solid, dense, heavy matter, blocked off in time and space. Right here and now, there is the Body that is entirely comprised of Life, Consciousness, Mind, Intelligence, Principle, Love, Beauty. Yes, the Body is comprised of all that God is and of nothing else.